Commemorate the anniversary of the Battle of Honey Springs with a special re-enactment of the battle in Checotah near Rentiesville.  Come and witness as costumed re-enactors bring to life the

Commemorate the anniversary of the Battle of Honey Springs with a special re-enactment of the battle in Checotah near Rentiesville.  Come and witness as costumed re-enactors bring to life the largest military clash ever to have occurred in Oklahoma.  The Battle of Honey Springs is remembered as a pivotal point in Civil War military engagement in Indian Territory.  This battle, which occurred on July 17, 1863, consisted of a clash of forces between United States units under Major General James G. Blunt and Confederate States of America troops commanded by Brig. General Douglas H. Cooper.

The Battle of Honey Springs Re-enactment occurs only every other year, so make sure not to miss it.  Friday is Education Day, which allows visitors the chance to tour the historic sights before the thrill of the re-enactment. On Saturday and Sunday, the battle re-enactment will attract over 1,500 participants, making it the largest event of its kind in the state.  Secure your spot on the sidelines to watch this spectacular display of living history brought to life.

The Battle of Honey Springs gained significance as an important Union victory in their efforts to gain control of Indian Territory.  The battle was also unique in that white soldiers were the minority on both sides of the military conflict.  Approximately 9,000 soldiers were involved in the battle, including Cherokee and Creek regiments, other American Indian forces, veteran Texas regiments and the 1st Kansas Colored Volunteers, the first black regiment in the Union army. 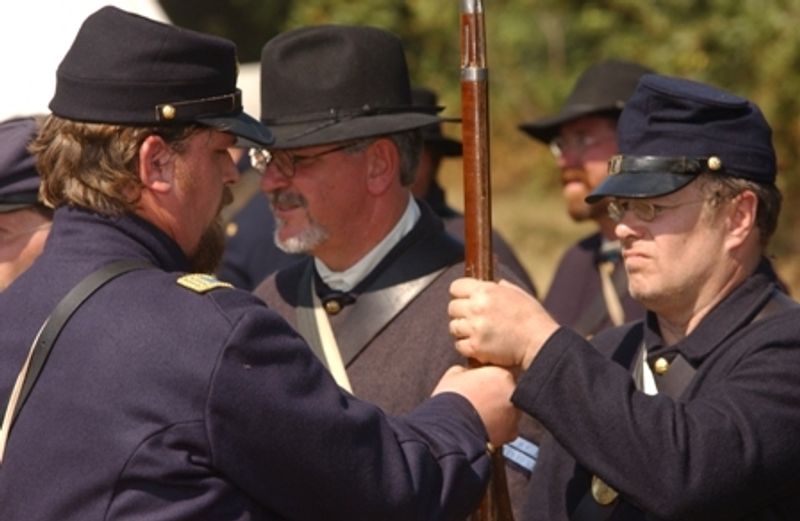 AMENITIES
Highway Corridors (within 5 mi.): I-40, US-69
HOURS
Battle re-enactment begins at 1pm each day.